TGE expertise will respond to your needs trough one of these technologies.

Technology for which the product brought in the front of the evaporator flows inside a bundle of tubes under the effect of gravity. The tube bundle is heated usually by steam under vacuum, allowing the product to boil. Product and vapors are then separated at the bottom of the bundle of tubes by a separator. It can be integrated into the bundle or separated.

This type of evaporator allows:

This evaporation technology is designed for products:

This type of evaporator is the most used in the food industry, and more generally in the dairy industry. It is designed in particular for the concentration of milk, whey and their derivatives.

Technology for which the energy input to the product and its boiling are done at two different times:

This evaporation technology is designed for products with high viscosity that are not very thermosensitive, as a result of significant residence time.

These 2 technologies can be offered specifics configurations :

This type of configuration allows decreasing the needs for live steam compared to a simple effect evaporator .

The number of effects is variable. It depends on the characteristics of the product (thermosensitivity, crystallization…), on the cold source available to the condenser, the desired investment level and the steam consumption. It is usually between 3 and 6. Each additional effect reduces the consumption of energy, increases the investment, increases the residence time of the product in the installation.

The order of magnitude of steam consumption per ton of evaporated water is:

The multiple effect evaporators also allow reducing the need for cooling water by reducing the amount of steam sent to the condenser.

The thermocompressors are installed on multiple effect evaporators. They allow the reuse of steam to heat the first effect, or even intermediate effects. They therefore allow reducing the steam consumption and needs for cooling utilities with a low investment.

In order to perform well, the thermocompressor requires the use of high pressure steam produced from the boilers (between 4 and 15 bar).

Used after an evaporator, a flash-cooler allows instantly cooling the emerging product through pressure-drop towards a lower steam pressure. The use of this technology is particularly interesting ahead of crystallizers in order to initiate nucleation and to better control the kinetics of crystallization. 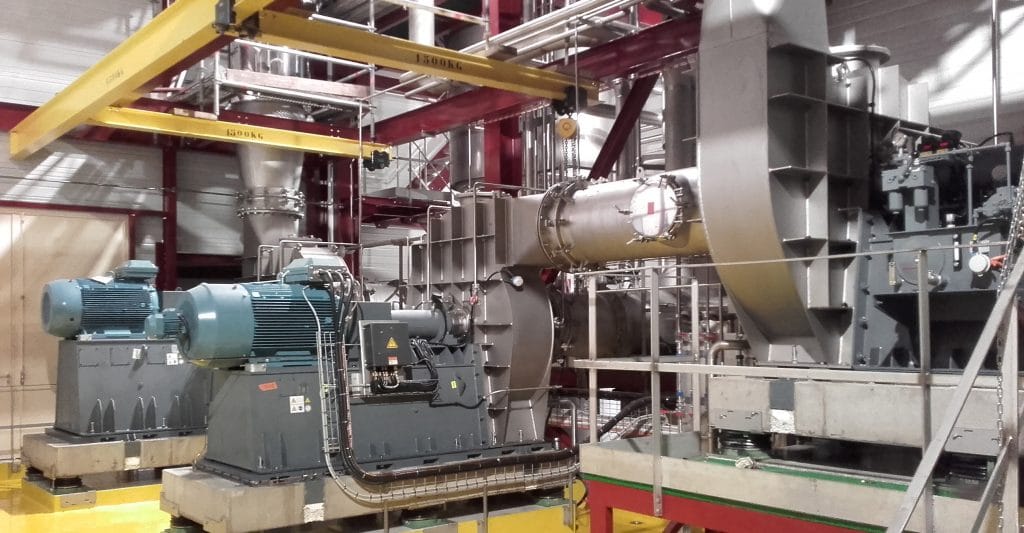 You have a question ? Do not hesitate to contact us !